What is the precision spinning technology of titanium alloy? 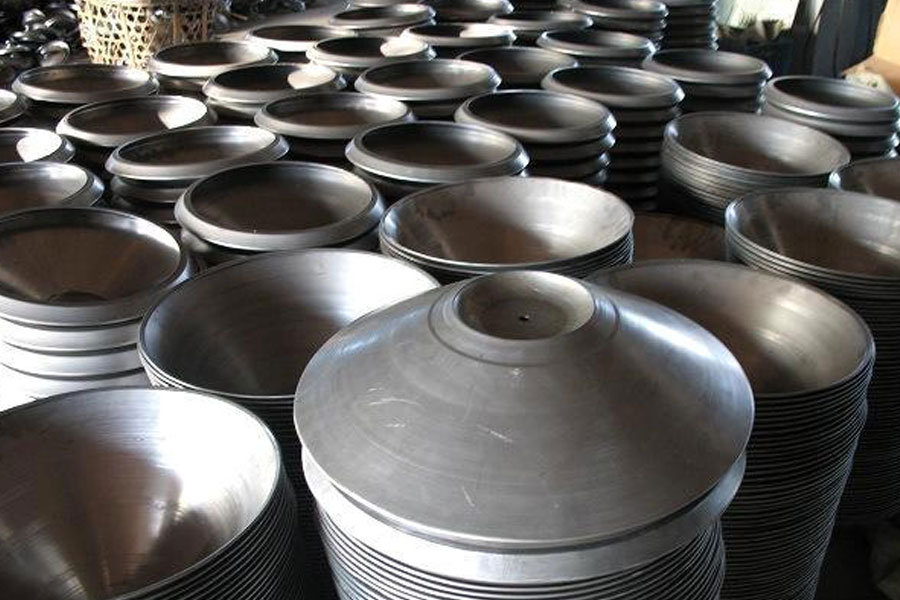 The thin-walled revolving body shell component manufactured by spinning forming technology solves the technical problems of low rigidity, large vibration, low machining accuracy, etc. or technical problems that cannot be processed at all during the turning process. It has many advantages when applied to the aerospace field. Stainless steel spinning

The large φ3900mm missile shell produced by powerful spinning in the United States has a radial dimension accuracy of 0.05mm, a surface roughness Ra of 1.6~3.2μm, and a wall thickness difference of ≤0.03mm. American Titanium Manufacturing Company uses a 1.5m vertical spinning machine to spin the φ1524mm Ti-6Al-4V titanium alloy missile pressure vessel heads, and the spinning time for each head is 5 minutes. The second-stage solid engine shell of the Minuteman Intercontinental Missile is made of Ti-6Al-4V titanium alloy and formed by strong spinning. The weight of the formed titanium alloy shell is reduced by 30%. Focusing on the demand for lightweight, high-strength, and large-scale aerospace models of aerospace models, the German MT Aerospace Company used a spinning process to prepare a high-strength Ti-15V-3Cr alloy propulsion system tank of φ1905mm, and applied it to the giant European Alpha communication satellite platform. The satellite platform has greatly reduced the weight and increased the payload.

Xi’an Aerospace Power Machinery Factory has developed the largest diameter titanium alloy cylindrical part in the country; it successfully spins out a φ500mm thin-walled semicircular titanium ring through two passes of normal and reverse rotation. The parts are used for micro-dynamic attitude adjustment of the spacecraft.

In recent years, with the development of computer simulation technology, numerical simulation has been widely used in the analysis of the spinning forming process of metal parts. The Institute of Aerospace Materials and Technology carried out computer simulations on the TC4 cylindrical parts, analyzed the influence of process parameters such as the angle of attack of the rotary wheel, the trajectory of the rotary wheel, and the general spinning pass on the spinning forming. The high-depth-to-diameter ratio was successfully rotated. TC4 titanium alloy cylindrical pieces. Although titanium alloy precision spinning technology provides various alloy spinning parts with high depth to diameter ratio for the aerospace industry, the engineering application of parts and the analysis of the complexity of spinning need to be further strengthened. In general, spinning technology has been widely used in the domestic aerospace industry, but there are no application examples of the large-diameter, thin-walled integral titanium alloy hot spinning forming process. The overall spinning technology of the bottom of the tank with a diameter of 2.25m, and the low-temperature storage of 5m in diameter Technologies such as the forming of melon petals at the bottom of the box and the forming of complex structural parts of titanium alloy and high-temperature alloy are still in the process of exploration.

The research on the laser direct rapid prototyping technology of titanium alloy structural parts in my country has been highly valued by the main government science and technology management departments since 2001. In the research of laser rapid prototyping manufacturing technology, complete equipment research and development and engineering application of titanium alloy structural parts such as airplanes and engines Great progress has been made in key technology research and other areas.