Looking For Metal Spinning Services?Make Your Work Less Hassle NEED NOT TO LOOK FURTHER BECAUSE WONDER INC IS HERE TO HELP.WE PROVIDE ALUMINUM REFLECTOR CUSTOM SERVICES WITH COST EFFECTIVE, TO MAKE YOUR WORK FAST AND EASY;automation is increased. Since it does not need lots of labors, automation is being enhanced wherein it can automatically alter the tools;errors are likely less to happen since it the machines used can be operated for the whole day and will is already designed to produce the prototype correctly

What Is Metal Spinning ?

The main shaft drives the blank and the mold core to rotate, and then the rotating wheel is used to apply pressure to the rotating blank.

Due to the rotary motion of the spindle of the spinning machine and the longitudinal and lateral feed motion of the tool, this local plastic deformation gradually spreads to the entire blank, thereby obtaining hollow rotating parts of various shapes. Metal spinning is mostly used for forming open-shaped workpieces, that is, the diameter of the forming end is larger than the diameter of other parts, so that the spinning forming part can be removed from the core.

If you need a closed-shaped workpiece, you need to spin the workpiece into pieces, and then weld the various parts together to form the desired shape. Ideal spinning forming materials include aluminum, copper, brass, bronze, silver and mild steel. The workpiece must be annealed before spinning. If the workpiece is to be deformed significantly during processing, it may be necessary to perform two to three annealing treatments before the end of spinning. Metal spinning is usually performed under computer numerical control, which is also called numerical control spinning. 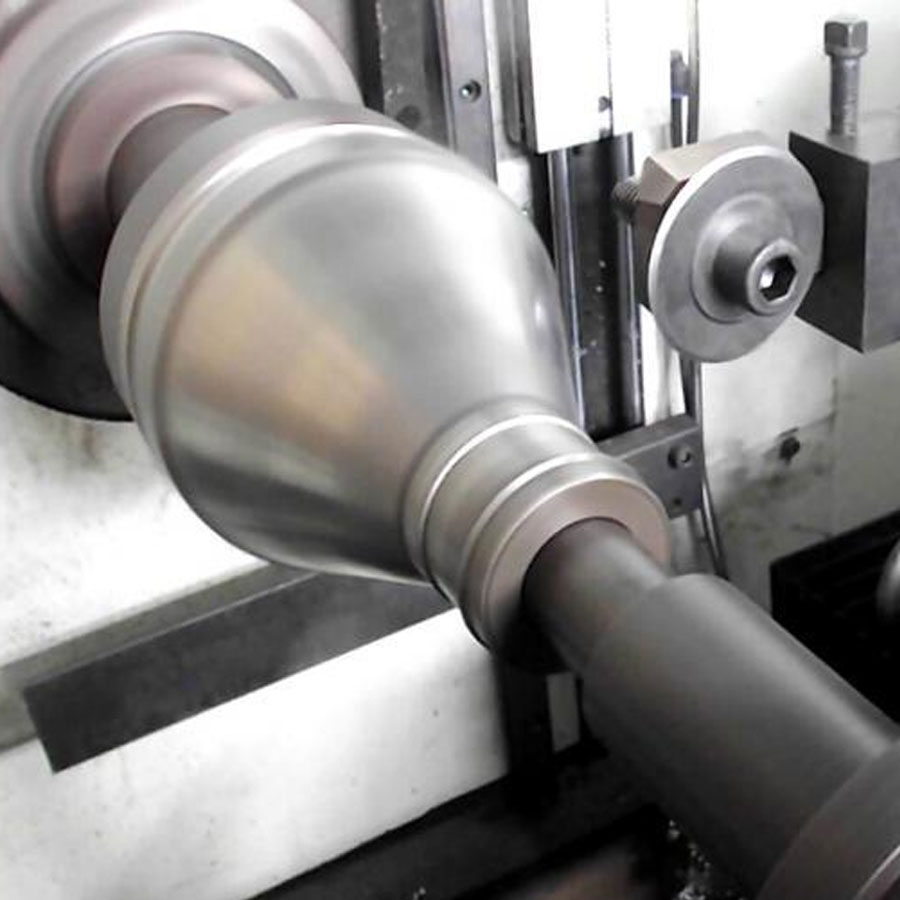 The basic principle of metal spinning technology is similar to ancient pottery production technology. Spinning forming parts are generally cylindrical parts of revolution or dish-shaped parts, and spinning parts blanks are usually thick-walled cylindrical parts or circular plates. The principle and structure of a spinning machine are similar to a metal cutting lathe. In the position of the large carriage of the lathe, it is designed to have a rotating wheel frame with axial movement power. The rotating wheel fixed on the rotating wheel frame can move radially; a core die (shaft) is coaxially connected with the main shaft. , The spinning blank is sleeved on the core mold (shaft); the rotary wheel is passively rotated by the friction force generated by the contact with the blank on the core mold (shaft); at the same time, the rotary wheel frame is in the axial direction with a large thrust cylinder Under the action of, make axial movement. Under the combined action of the axial force and the radial force of the rotating wheel, the surface of the blank is continuously plastically deformed point by point. At the position of the lathe tail top support, it is designed as a tail top hydraulic cylinder on the same axis as the main shaft. The hydraulic cylinder exerts an axial thrust on the end face of the blank sleeved on the mandrel (shaft)

In mechanical products, how to save raw materials but improve product quality, reduce product weight but prolong service life, reduce product manufacturing cost and energy consumption but reduce processing man-hours has always been people’s concern. For example, the “V” type pulley (commonly known as the “V” type pulley) is one of the mechanical transmission parts with a wide range of uses, and it is of great significance if it can be formed from steel plates. Compared with traditional cast iron pulleys, sheet metal pulleys can save more than 70% of raw materials. The sheet spinning pulley, which is made of sheet metal by stretching and spinning, is the latest and best pulley structure. This kind of pulley not only has the advantages mentioned above, but also has no environmental pollution, and is especially widely used in various mechanical products such as automobiles, tractors, harvesters, and air compressors. Using steel sheet blanks in special belts
The wheel spinning machine makes the blank produce plastic deformation from point to line and line to surface.

Compared with cast iron pulley, the advantage of spinning pulley is that it is made by spinning process (no chip processing), light structure, material saving, so the moment of inertia is small, and it is a new product that saves materials and saves energy. High production efficiency (processing 2 to 4 pieces per minute), good balance performance, generally no need for balance treatment. Because the material flow is not cut, the surface production is hardened by cold work, the tissue density is increased, the strength and hardness of the wheel groove surface are improved, and the dimensional accuracy is high, the slip difference between the V-belt and the wheel groove is small, and the belt life is long.

Dongguan Wonder Metal inc has nearly 100 employees, including more than 10 R&D personnel. At the same time, we have in-depth cooperation with some universities in thermal and optics to provide talent guarantee for the company’s subsequent development. The heat dissipation effect of the LED kit developed by the company is increased by 20%, and the light output rate of the lampshade can be increased by 30%. The diameter of the spinning lampshade can reach 1000mm, and the thickness can reach 50mm. Wonder Metal has its own mold processing and repair center to ensure stable quality and timely delivery. Wonder Metal has more than 500 sets of punching dies and more than 400 sets of spinning dies. In order to keep the product at a high-quality level, starting from the control of raw materials, use 1070 high-purity aluminum plate; pay close attention to the production process, from the punching accuracy of the aluminum plate, CNC spinning processing, as well as rough polishing, fine polishing, fine polishing, anodizing, etc. A series of surface treatment processes. The defective product rate is controlled within two thousandths.

Ninety percent of Wonder Metal’s products are customized products for customers. The company cooperates with a large number of listed companies at home and abroad, including Philips, GE, Huapu Sunlight, and Sunshine. We will be market-oriented, R&D as the main body, quality as the foundation, and a strict management team to carefully build “high-quality” products for customers and provide customers with services. 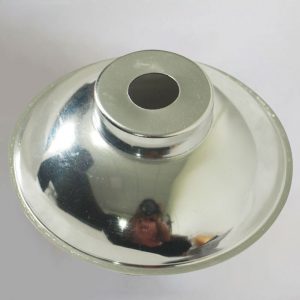 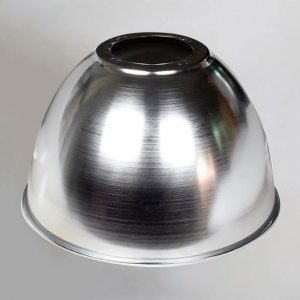 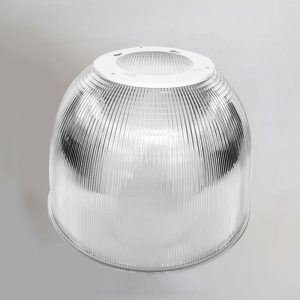 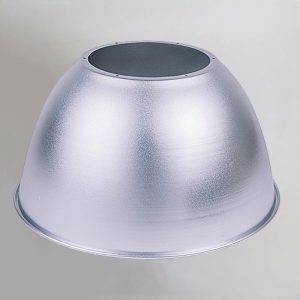 If you are looking for Metal Spinning China, Wonder Metal Inc is ready to give them to you! With us, you will have the opportunity to make your custom spinning parts, aluminum reflector,prototype production easy and less hassle. If you want to avail our service, call us now and get a metal spinning quote!

Contact Us To Get A Free Quote Right Now