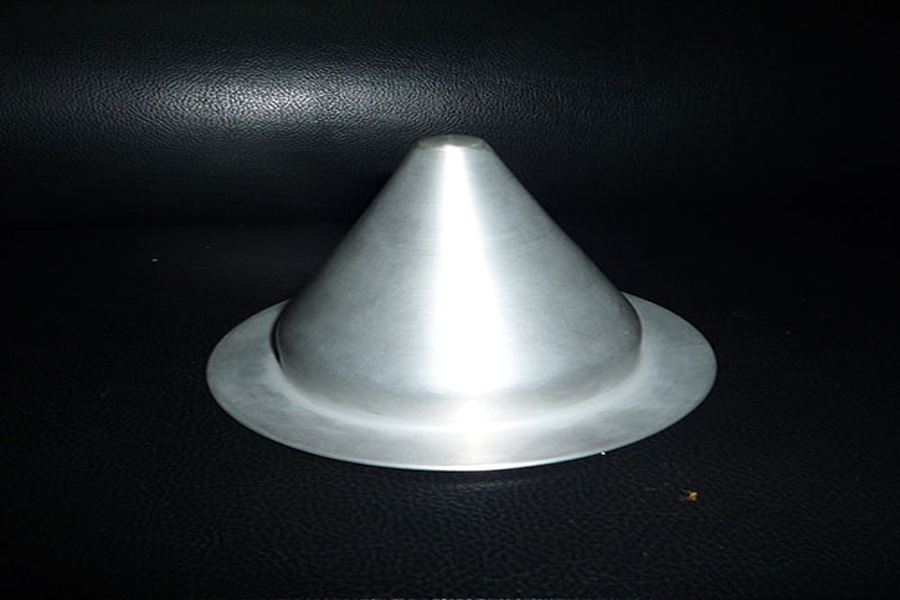 The point position control of CNC spinning products processing only requires the control of the precise positioning of the moving parts of the machine tool from one point to another. The requirements for the movement trajectory between points are not strict, and no processing is performed during the movement. Each coordinate The movement between the axes is irrelevant. In order to achieve fast and accurate positioning, the movement of displacement between two points generally moves quickly, and then slowly approaches the positioning point to ensure positioning accuracy. As shown in the figure below, it is a point position. Controlled movement trajectory.

The linear control CNC spinning machine tool is also called the parallel control CNC machine tool. Its characteristic is that in addition to the accurate positioning between the control points, it also controls the moving speed and route (trajectory) between two related points, but its movement route It only moves parallel to the machine tool coordinate axis, that is to say, there is only one coordinate axis controlled at the same time (that is, there is no need to have interpolation operation function in the CNC system). During the shifting process, the tool can cut at the specified feed speed, and the CNC rotates In general, only rectangular and stepped parts can be processed.

The main purpose of CNC spinning

1. It is suitable for centrifugal general fan 4-72, 9-19 and other models 3.6#-30#, the main purpose of CNC spinning, the spinning forming of the front disc and the air inlet;

2. Used in the flanging forming of the numerically controlled spinning air cylinder flange and air collector of the T30/T35/T40 axial flow fan;

3. In the manufacture of numerically controlled spinning ventilation pipes, the cylinder body is compressed and the pipe diameter is flared.

Heating spinning is often used for products with too thick blanks or materials that are prone to cold work hardening. Through heating treatment, the tensile strength and cold work hardening of the blanks are reduced. The blanks flow more smoothly during the forming process. The following is the hot spinning process Several things to note:

As the hot-spinned products, molds, and cutter wheels are all in a high temperature state, asbestos gloves should be worn for heat insulation during loading and unloading to avoid arm burns.

3. The processed products are placed in isolation

Because the product is at a high temperature after thermal spinning, it takes a certain time for the product to cool down, so it must be isolated and placed neatly to prevent the product from being burned.