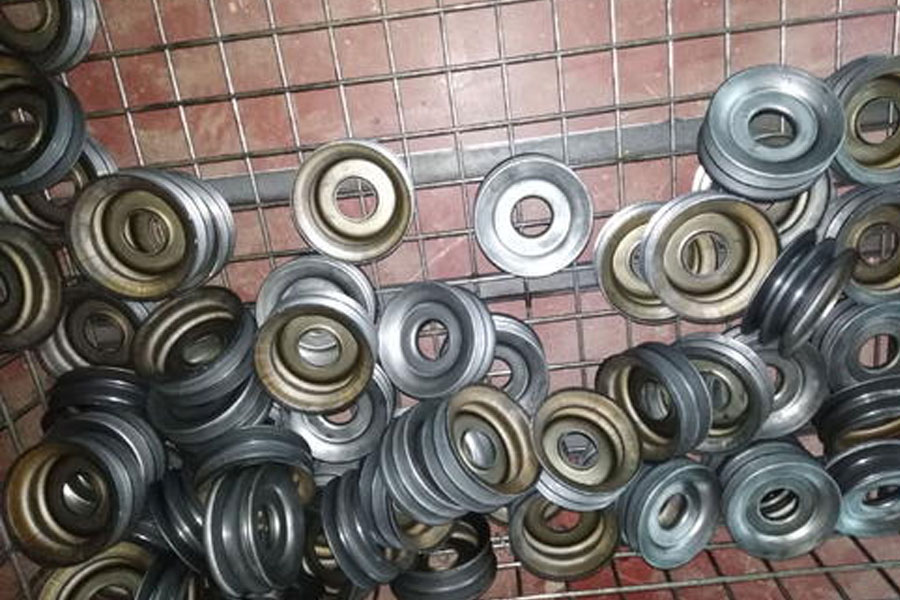 Although CNC spinning is extruded by the spinning wheel controlled by the CNC system, the final accuracy of spinning is not very close to the accuracy of the commonly known CNC lathe, because the stress rebound performance of the material will affect the accuracy of the product, usually spinning The precision of pressed products is much lower than that of machined products. In addition, most CNC spinning machines have spinning and turning functions, but the precision of turning on CNC spinning machine tools cannot reach the precision of lathe processing molds, because spinning products are thin-walled parts, which will appear during the turning process. The deformation makes the knife and the phenomenon of vibration, so the actual accuracy of spinning products after turning is not as high as that of traditional turning parts.

The precision of spinning products will be higher than that of manual spinning, because the force of manual control in each spinning process cannot be consistent, so the dimensional stability is poor.

The mold cost of CNC spinning is lower than that of stamping and stretching, the production cycle is shorter, and the adjustment of the mold is more convenient. The production efficiency of most spinning products is not as good as that of stamping and drawing, which means that the manufacturing cost of spinning products is higher. The main advantage of CNC spinning in the mass production process is that the production process is flexible and the shape of the processed rotating parts It is more complex, and the processed metal material is thicker and larger in size, which has obvious advantages in small and medium-sized batch production. In addition, spinning single-piece processing takes a long time, but there are many stamping and drawing processes, which require more production personnel, logistics costs and site costs.

For some thin-walled parts of metal revolving body, stamping or stretching can be used to make blanks, and then spinning for final forming, which can not only reduce production time, but also overcome the disadvantages of stamping and stretching that cannot be used for shrinking and special-shaped products.